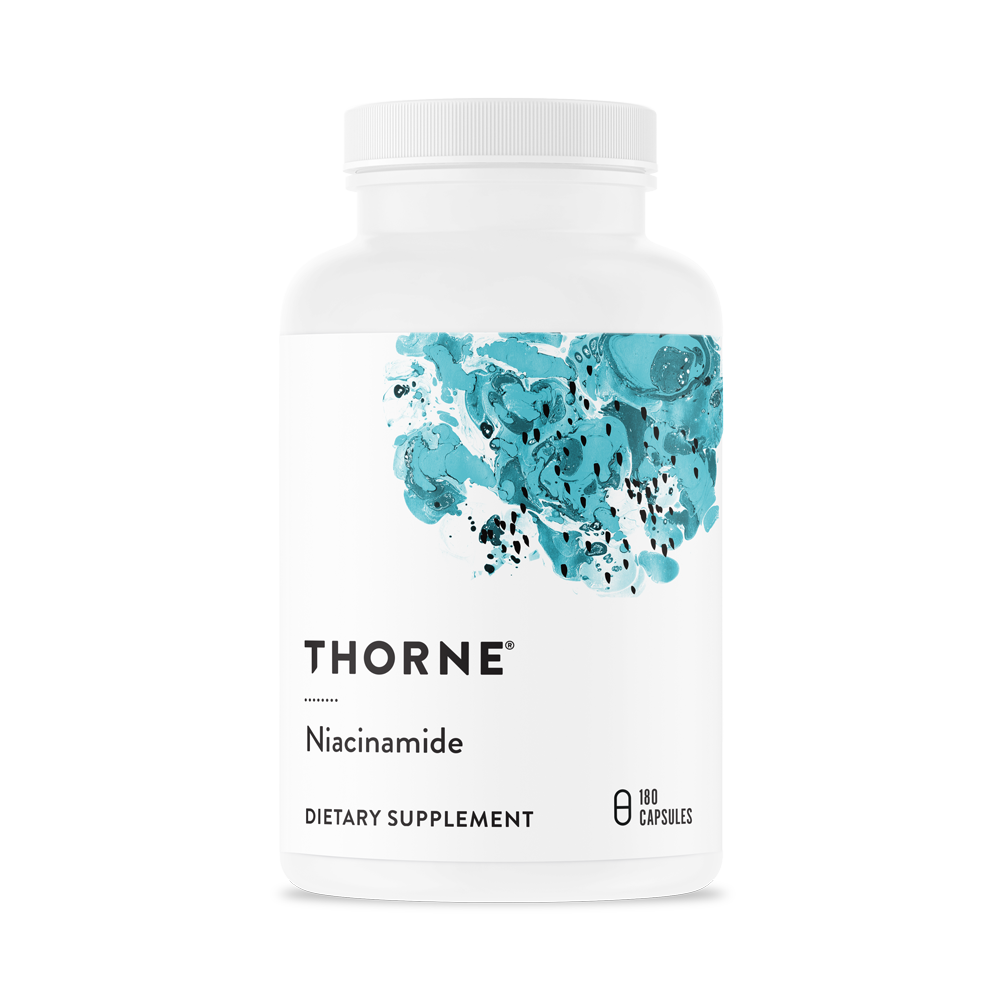 Niacinamide, also known as nicotinamide, is a non-flushing form of vitamin B3. Niacinamide has multiple positive functions in the body, including supporting restful sleep and healthy joint and skin.* It also acts as an antioxidant, inhibiting free radical formation, and it has been shown to promote the regeneration of beta cells in the pancreas.* Niacinamide has been found to stimulate neurotransmitter receptors in the brain, without binding to the receptor sites, which creates a calming, sedative-like effect.* High amounts of niacinamide have been documented as being beneficial in protecting joint cartilage cells.* Niacinamide has also been used in support of several dermatological conditions.* Niacinamide is not derived from yeast.

ALLERGY WARNING
This product is contraindicated in an individual with a history of hypersensitivity to any of its ingredients.

PREGNANCY
If pregnant, consult your health professional before using this product.

INTERACTIONS
There are no known adverse interactions or contraindications at publication date.

Save this product for later
Display prices in: USD
Go to Top