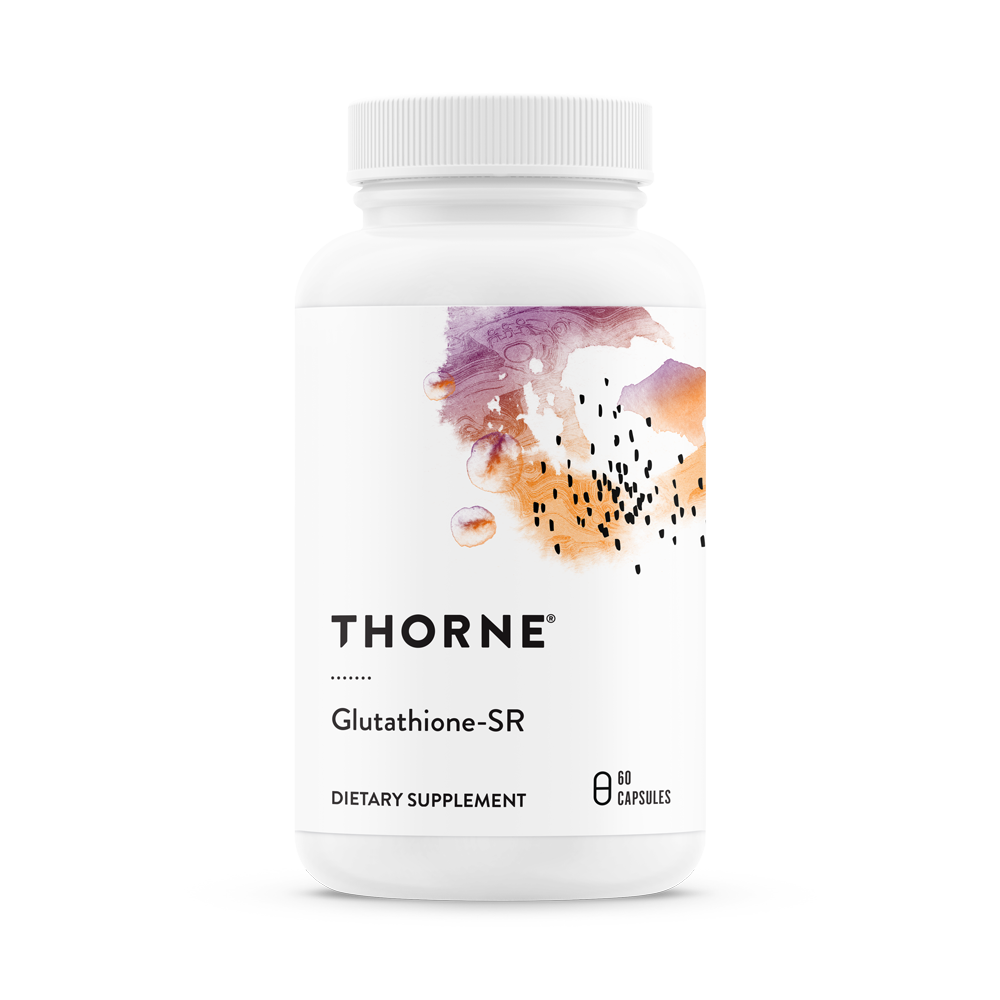 Glutathione-SR is a breakthrough in glutathione supplementation because its sustained-release formula protects it from stomach acid and digestive enzymes, allowing for a slower release and a more steady level in the bloodstream of this essential nutrient.* Thorne's Glutathione is NSF Certified for Sport®.
• Sustained Release
• Liver/Detox*
• Foundational
Save this product for later
Display prices in: USD
Page load link
Go to Top